I drive around Cottage Grove pretty often and go past these murals never really noticing or looking at them so I thought I'd take some pictures. 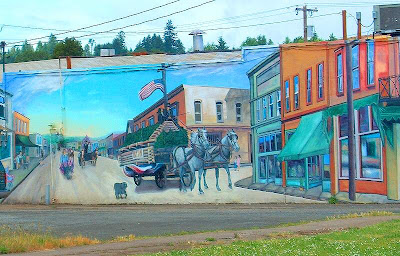 This view of Main street at some long past day is on the side of a hardware store on a side street. 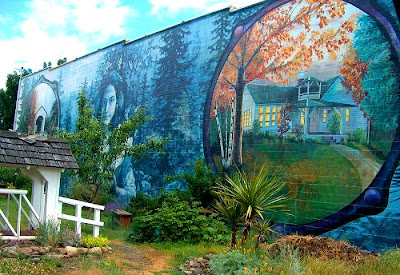 This little downtown park sports a beautiful mural. It all called the Opal Whiteley Memorial
It's located on Main Street across from the Bookmine Bookstore where some of my photographs are for sale. 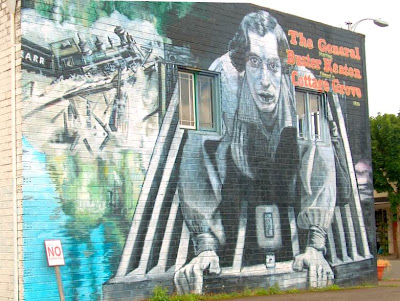 As you drive onto Main Street the first mural you see is the one commemorating Buster Keaton and the movie names "The General" that was shot in and around Cottage Grove. I wish they had one commemorating the other big movie shot here somewhat later called "Animal House" which culminated in one of the most remembered scenes in the movies, the downtown parade. Well it was filmed on the Main Street of Cottage Grove. 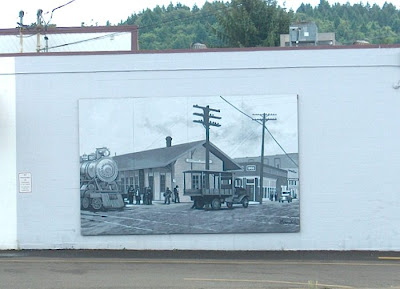 Immediately facing "The General" on a convenience is a mural of the old Train Station now gone. 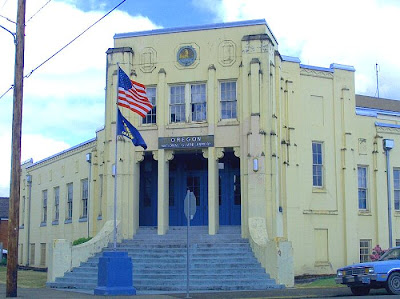 Not a mural and not on Main Street is the Oregon National Guard Armory looking vacant but probably not. 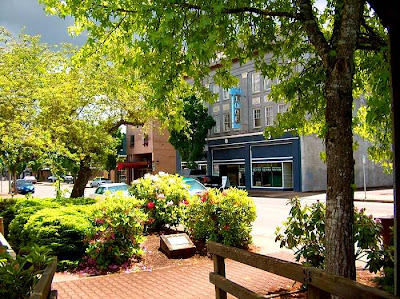 Looking down Main Street from the west side you can see the charm of this little Oregon city. 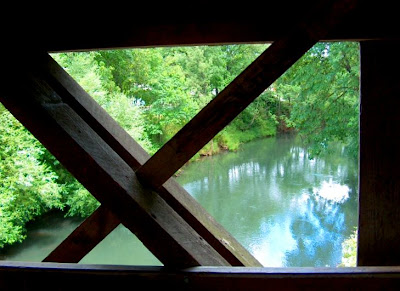 The previous picture was taken from this pedestrian "Covered" bridge that crosses the Row River. 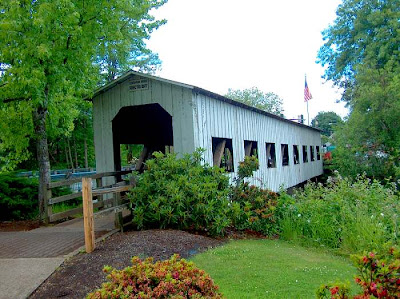 It's a cute bridge built in 1987 more as a tourist site and small park and reminds us that Cottage Grove is called the Covered Bridge City. 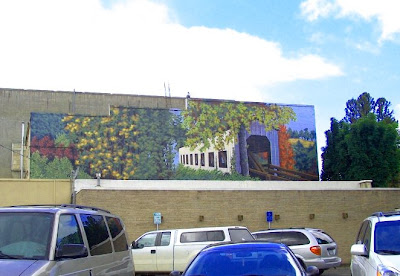 I had never noticed this mural at the top of a building on the West Side of the city and on Main Street. 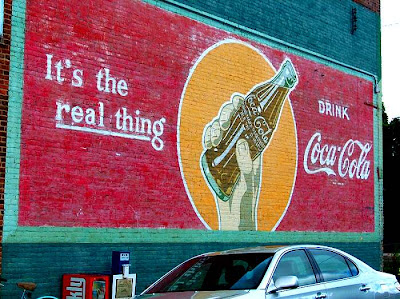 This Coca-Cola mural is across the street from the Opal Mural. 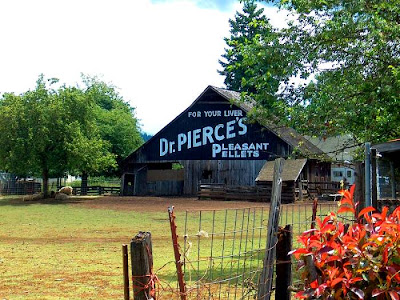 As good as a mural is the Dr. Pierce's Pleasant Pellets sign on a barn on the way out of town. It says the pellets are "For the Liver". 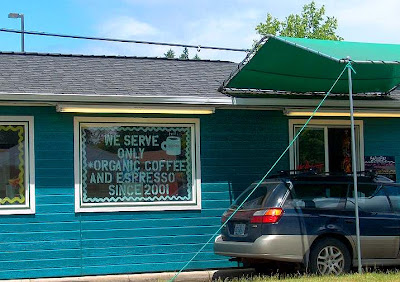 Coffee Drive -thrus are abundant in this area and many are successful. This one has lasted six years going on seven. 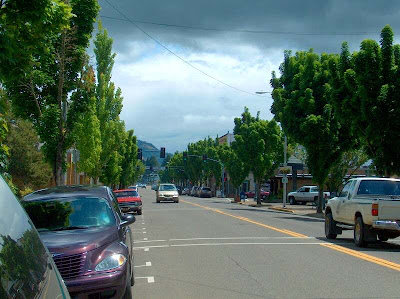 One last look down Main Street. 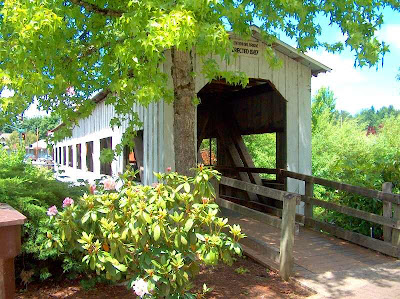 And one more look at the semi-old Covered Bridge 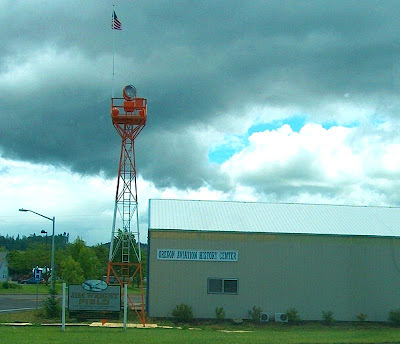 Here is a look at one more attraction in Cottage Grove, it's the Oregon Aviation History Museum. I've been in and it's a fascinating place where they are rebuilding a couple of antique aircraft and have some great history to tell you about for a small donation (or large if you are so inclined) - it's a great place to visit.
Posted by Unknown at 10:15 AM

This is a very cozy, quaint, small town. Hopefully it retains it's beautiful charm. It was a special place to grow up, although I didn't realize it at the time :)

Thank you for the lovely photographs!

It's good to see some sites of my home town!

Thank you for the beautiful photos of my home town. I live in California now and miss C.G. very much. It was an awesome place to grow up. I recommend to anyone to stop by there and visit the wonders and history that is has to offer.

I would really like to see some recent posts from you. You do a good job.